Environmentalism is the new religion - Discuss

Environmentalism is the new religion - Discuss

What do you guys make of this;

The similarities are disturbing, Who will champion the sceptical counter position to this widely held, rarely questioned science?

Whatever it was that led me to question my christian upbringing, has led me to question enviironmentalism too. Don't get me wrong, I think pollution is bad, landfills are bad, energy conservation is good, re-cycling is good. I just don't think we should take all the scare stories and dogma peddled by environmentalists on faith.

Earthquakes and natural disasters used to be blamed on satan and non-believers, now they are blamed on global warming. Maybe they are, maybe they're not, either way i'd like to remain open minded, search out a counter arguement, stay a little bit sceptical...

But then there are global warming believers who think the global warming skeptics are the environmental counterpart of creationists. I think it's more productive to focus on the facts and evidence than on ad hominem attacks.

I think the whole earthquake thing might be a little too far, since I'm fairly certain climatic changes in the air doesn't really have a real effect on plate tectonic movement. But air currents shifting about has everything to do with tornadoes, hurricanes, tsunamis, etc. As always, too much of a good thing could be bad. Fundamentalists in the environmental camp are doing as much harm to the movement as the fundamentalists in the religious ones

Well certainly the guilt that is so prevalent in religions is present in the environmental movement. You, as a human, are polluting the world therefore you must change your ways. There's no way to live and have no impact on the world so you end up feeling guilty and have to make propitiations to Greenpeace. But, I'm not totally sold on the comparison.

Also the argument in the video reminded me of someone agreeing on the bad points of religion (closed to evidence, intolerance, etc) but then claiming that his opposition were equally flawed, he seems to admit that there is something wrong with religion and thus forfeits the debate.

And if we're going by such broad comparisons here, we could easily turn anything we don't like into being like a religion. I could easily make the case the New Atheists are like a religion. They believe that all religious people are either dangerous at best or evil/sinful, their way of anti-theism is the only right way and anyone else is an enabler/sinner and it's up to anti-theism to bring rationality/salvation to the world by getting rid of religion/Satan. But the New Atheists don't hate all religious people. They just love the religious/sinner but hate the religion/sin.

To answer a basic question: is there a religious aspect to environmentalism? No. The video was taken from a debate, so the speaker benefits from painting the environmentalist movement as religious in a way to suggest it is superstitious, subject to confirmation bias, and sensational. I myself have ambivalent feelings towards the movement because if nothing else, their hyperbole leads to cooler heads discussing what to do about anthropogenic changes and their effects the climate system. On the other hand, many of the luddites hijacking the movement stand in the way of adopting solutions (nuclear energy, GM foods) to the problem out of perceived dangers in order to push solutions that won't work or make problems worse (organic farming).

So what then is environmentalism? Simply a social and political movement attempting to curb human behavior in order to limit the unintended consequences of human activities on the ecological and climate system.

As far as the questioning the evidence of climate change, we know that greenhouse gases traps solar radiation in order to make the planet a hospitable one for life. We also know that currently the earth has systems in place that absorb and reintroduce those gases at a generally fixed rate. We also know that industrialization and agriculture introduce additional greenhouse gases that push the total amount past earth's assimilation point.

What are the consequences of accumulated greenhouse gases? Hypothetically, and all other factors remaining equal, the net effect is a gradual warming of temperature; but considering the fact there are so many inputs, outputs, fluctuations, anomalous events, and positive and negative feedback loops present that impact climate it is difficult to really know what those consequences will be. Climatologists have constructed models that point to conclusions in the range of uncomfortable to very painful, but it is not a slam dunk. Hell, an eruption of the scale of Krakatoa can literally cool the earth by 2 degrees in a matter of months. And a good El Nino can do just as much damage in 18 months as some of those climate change projections. To confound things further, everyone simply assumes there are only losers when it comes to climate change, but there are also definitely winners.

So should we then do something about human causes? I think the more focused one is focused on climate change, the more tenuous the position. If one thinks about the effects on pollution to human health, damage to food production, the costs of environmental clean up and restoration, then the argument to do something is much stronger.

If you're curious to learn about some of the philosophical underpinnings of ecology: http://en.wikipedia.org/wiki/Ecosophy 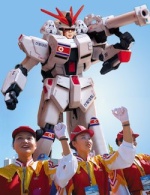