New movie coming about Charles Darwin, interestingly titled Creation. From the sound of Olivia Judson's comments HERE, it might be a pretty good one.

I know this movie is terrible. I'm wondering if anyone has a good review against this film from a theist. I've ready many reviews of people just tearing apart the movie but a theist review doing the same would help me out a bit.

Wanting to send a few links to my brother, he still sold on the film. Lol.

The science-faith think tank Reasons to Believe gave it a bad review, but they have removed it from their webpage. I think it was Hugh Ross form that organization who criticized it. So did the American Scientific Association, another christian-based think tank

I did find this one 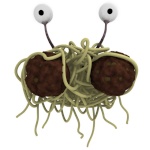 Brad wrote:New movie coming about Charles Darwin, interestingly titled Creation. From the sound of Olivia Judson's comments HERE, it might be a pretty good one.

From SMH - US snubs film on theory of evolution

A BRITISH film about Charles Darwin has failed to find a US distributor because his theory of evolution is too controversial for American audiences, according to its producer.

Creation, starring Briton Paul Bettany, details the naturalist's "struggle between faith and reason" as he wrote On the Origin of Species.

It depicts him as a man who loses faith in God after the death of his daughter, Annie, 10.

The film was chosen to open the Toronto Film Festival and has its British premiere today. It has been sold in almost every territory around the world, from Australia to Scandinavia.

However, US distributors turned down the film that will prove divisive in a country where, according to a Gallup poll taken in February, only 39 per cent of people believe in the theory of evolution.

Movieguide.org, an influential site that reviews films from a Christian perspective, described Darwin as the father of eugenics and denounced him as "a racist, a bigot and an 1800s naturalist whose legacy is mass murder". His "half-baked theory" influenced Adolf Hitler and led to "atrocities, crimes against humanity, cloning and genetic engineering", the site stated.

The film, based on the book Annie's Box by Darwin's great-great-grand-son, Randal Keynes, has caused debate on other Christian websites in America.

Jeremy Thomas, the Oscar-winn-ing producer, said he was surprised that such attitudes still existed.

"That's what we're up against, in 2009," he said. "It's amazing. It has got a deal everywhere else in the world but in the US, and it's because of what the film is about."

Early reviews have rated the film highly. The Hollywood Reporter said: "It would be a great shame if those with religious convictions spurned the film out of hand as they will find it even-handed and wise."

Are there any good documentaries out there? Cinema Politica in my town screens documentaries every week and while they're doing well with environmental and political documentaries, I feel a need to inject a little skepticism and critical thinking towards religion into it....

Here's are three ideas for you:

The God That Wasn't There

Julia Sweeney's Letting go of God is not a docu, per se, but a staged monologue about her departure from Catholicism and god belief. Oddly to me, she doesn't seem nearly as funny on the DVD, done in Los Angeles, as she did when I saw her do the show live in NYC. But it's still worth a view, I'd think.

Also, Jonathan Miller's Brief History of Disbelief is quite good, but may not be on DVD or film format.

Personally, I do NOT recommend "Religulous" because to me it's basically a vehicle for Bill Maher's narcissism and is full of easy, ignorant targets, which also doesn't say much for Mr. Maher.

I know there are others, but I can't think of them right now.

Deliver Us From Evil is a very, very, sad docu about sexual (which of course is always psychological, too) abuse by priests, and worse, the efforts by bishops and popes to hide it and to allow for its continuation. Since the movie came out, much more on this has surfaced, of course.
(For further infuriation in this area, see the book "Losing My Religion.")

Into Great Silence is a great - and long - film for those with patience, about a Catholic monastery and its monks in France, to be brief. Beautiful film in lots of ways, but bizarre, too, for those of us who think monks are generally wasting their lives in pursuit of delusion.

Marjoe - about a Pentecostal scammer named after Mary & Joseph! Preaching from age 3!

Did any of you see Watchmen?

I thought the comic and the movie were very thought-provoking. The most thought-provoking element of it were the parts that featured Dr. Manhattan. He dealt with the entire determinism / free will / predestination subject in a very interesting way - both visual and mental.

I'm really looking forward to this new documentary from the creator of Trekkies called The Nature of Existence. https://www.youtube.com/watch?v=J8rKnDId4M0&playnext_from=TL&videos=sSSlX96xZQA Basically they go around and ask different people everywhere from Christian theologians to atheistic scientists about what they believe about things like the meaning of life and what happens when we die. It looks like a really great film to me and I like the idea of that they're just asking questions instead of trying to push one side of the argument onto the audience.