New episode: was waiting for some discussion to start on it, but no thread happened. Then I checked again, and still no thread. So, presumptiously, I decided I should put one in.

So, who else has heard it?

I listened to it, and like always, enjoyed myself. I'm going through my gauntlet of podcasts at the moment, so I'll write up something more substantial when I can concentrate.

Great episode! I always thought that Hitler had, at least to some extent, been influenced by Darwin's ideas which he had grossly misunderstood. I just wish I had heard this a year ago when I wrote a response to a disgusting piece of propaganda by David Klinghoffer in a local magazine. The fact that Hitler never mentioned Darwin, but justified his views on race with the help of a certain anti-semite called Martin Luther, should be a clear enough indication for anyone who argues Darwin --> holocaust to simply shut up. So great job guys! One of the best episodes in a long while! 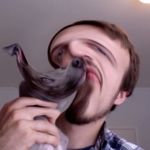 I've listened to it twice now, and there are some great arguments in there - the stuff refuting the Hitler connection was particularly good stuff.

But on both listenings I've felt like the presentation wasn't as good as normal, as if the argument wasn't structured - given the strength of the arguments they used, I felt strangely underwhelmed. I'm going to listen again because I can't put my finger on it yet and if I'm gonna criticise, I wanna be constructive.

I might be able to help with the critique. The recording session was a travesty. Tensions were running high in the studio that morning. All of us had different points to make and were trying to build our own arguments simultaneously and so we were tripping over eachother. Its one of the drawbacks to the informal format we follow. We want to keep it somewhat spontaneous, so that our reactions to eachothers information are genuine. Every once in awhile it becomes a mess and makes for poor listening.

I had heard that quote from Darwin (the one the sounded racist) before, and though it didn't make me question the validity of his work, it did sometimes prove a bit of a stumbling block when I debate with anti-evolutionists, and I found it personally a little confusing. Thanks for the lovely quote where he spoke about empathy (from Descent of Man) and the update on the Creation film in the US.

I hate to always be so demanding but you know what I have really had a hankering for lately?

I listen to Lords Army once in a while and just crack up. 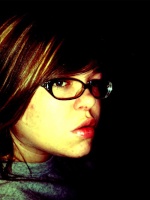 awwww. Im glad someone actually liked those. We actually have two more that are almost entirely scripted we just havent done them because they take so long to edit compared to a normal episode.

Someday soon we'll have to make one again.

I've also been fantasizing about doing a whole episode of RD that is made up of a series comic shorts that could be strung together to form a larger plot, following a format similar to the "Wiretap" podcast. Im geeked about the idea, but so far the other guys arent going for it.

First, I love the podcast and look forward to new episodes.
This is a matter of semantics, but sometimes semantics matter.
Throughout this episode, there was a lot of talk about racism but no attempt to distinguish it from racial prejudice. To my mind, they are two separate things.
"Racism" is the doctrine of inequality of the races. Certainly every racist is racially prejudiced. However, not every racially biased person is a racist. In fact, many claim (I think sincerely) that they don't have a racist bone in their bodies. We can all think of people who display bias, but when called on it, back off and apologize. Racial prejudice can come from habit or upbringing, but does not necessarily mean that the person advocates racist doctrines.
I think that this distinction is important, because if we call every biased person a racist, we lose the word as an epithet for the truly evil.

CaptainSpaulding wrote:First, I love the podcast and look forward to new episodes.

I think that this distinction is important, because if we call every biased person a racist, we lose the word as an epithet for the truly evil.

But isn't everyone a little bit racist? https://www.youtube.com/watch?v=tbud8rLejLM

I've also been fantasizing about doing a whole episode of RD that is made up of a series comic shorts that could be strung together to form a larger plot, following a format similar to the "Wiretap" podcast. Im geeked about the idea, but so far the other guys arent going for it.

Um... ok thanks for introducing me to ANOTHER AWESOME-ASS-PODCAST!!!

First you got me to listen to Radio Lab, which totally changed my life.. and now I'm addicted to RD, Radio Lab AAAND Wiretap!
gaaaaah
awesomeness overload....
What a time to be without an ipod. I need more hours in the day....

Discuss this episode here--
_________________
Believing there is no God gives me more room for belief in family, people, love, truth, beauty, sex, Jell-o, and all the other things I can prove and that make this life the best life I will ever have. - Penn Jillette