This article of Epiphenom not only touches and discusses the idea of a "U" shape curve between happiness and religiosity, but it also names our dearest Doktor Professor by name.

The emotional problems of the slightly religious

t's generally taken as fact that religion is linked to happiness - happier people are more likely to be religious, if you take into account other circumstances. There are loads of studies, of varying quality, that support this idea.

However, most people who interpret these data make a couple of assumptions that are probably not valid. Firstly, the assume that they can be generalised across cultures. However most studies are done in the USA, where being non-religious often leads to social exclusion.

In a new piece of research, Howard Meltzer (at the University of Leicester in the UK) has analyzed data from interviews with over 4,000 kids aged 11-19, their parents and their teachers. It's a pretty good sample of Britain's kids. 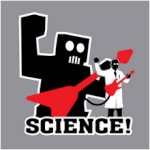