I was curious so I wanted to ask: Why are there no Podcasts about Buddhism, Daoism, or other major Eastern religions?

There's a lot of anti-Christian posts in the forum and a lot of Podcasts devoted to this or that aspect of "Christianity". That's fine. But the thing that was curious to me was why I couldn't find any Podcasts about Buddhism or Daoism from a show labeled "Skeptical Guide to Religion". I'd be happy to point you to some texts that you could use and discuss.

Well they do discuss Islam on occasion. But your point is well made, perhaps the subtitle should be: your sceptical guide to religions that cause trouble.

I think they've spent 2 shows on Islam. (Correct me if I'm wrong.) If the subtitle were changed, then they would have to define trouble. If a religion, whatever it is, pushes people to think and consider things more carefully and clearly, an action which ultimately leads to the truth of any single matter, I'd hardly call that trouble.

I count three: Ibn Warraq, Tanner Edis, and a show on the Danish cartoons. I think it's fairly obvious what's meant by trouble and if anyone didn't know they could listen to some of the news items reported by the doubt-casters! Examples would be riots over the aforementioned cartoons and interference with science as seen in episodes on creationism/intelligent design.

Aught3 wrote:...and interference with science as seen in episodes on creationism/intelligent design.

Which is something I wouldn't call "trouble" since, after all, science thrives on asking and answering or attempting to answer questions.

If I list some links to Buddhist or Daoists texts here along with some personal observations from personal study of them in the Far East, would any of the hosts be willing to take a look, then use the same criteria and standards that they apply to the Bible to apply to them? (It'd help the "religion" part of the title a little more.)

I can't speak for the hosts, but there might be two reasons that Buddhism, Taoism and other Eastern Religions are not discussed:

1) The podcast is primarily from the perspective of Western Civilization and the politics and issues surrounding religion's effects in the West. Since most Eastern religions don't proselytize, there's not as much incursion of those religions into daily life in the West. Christianity (including Christian cults), Islam, Judaism and non-Christian cults (Scientology) are the primary "problem" religions for those who support humanistic values and secular government.

2) Those Eastern religions blend with non-theistic philosophical systems in such a way that it is more difficult to generalize about their positions. Taoism is a good example of this. It can be practiced as a religion, or approached simply as a philosophical school. 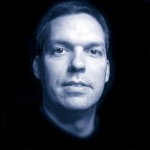 Actually I do recall a couple of episodes that mentioned Buddhism, but they didn't go into much detail. I also agree with BBF, the reason Christianity is discussed the most is that the hosts are coming from a Christian background.

Oh, I see. I think that's a good observation. If the hosts agreed, why not just rename the show to "Your Skeptical Guide to Western Religions" or "Your Skeptical Guide to Christianity" to be a little more accurate? Or maybe they could devote a show to why they don't talk about other religions. I mean, I don't mind the constant attacks on Christianity; I say, if the arguments are new, let the scrutiny come because it will be better for everybody on both sides. By the way, is there anything new argument that can be made that hasn't already been voiced by someone over the past 2,000 years?

Buddhists do proselytize. That's how it spread into China in the first century. They just use different methods now (superstitious beliefs passed through family; threats from family; solicitation of donations; advertisements that you can get help from the "blessings" of the monks and/or statues in or near temples; [Buddhism is just as big a business as any other business-like religion]. (I live in a Buddhist country in the Far East.)

I think the title stands, because the basic premise of the show is to challenge the foundations of belief in God, not necessarily the foundations of any one system of belief. However, the show takes on a format which is informed by the knowledge and experience of the hosts, and being in the "clasp of America's Bible Bra" the hosts are most concerned with Christianity and Islam. In one episode, there was mention of a large contingent of Hindu practitioners in the Grand Rapids area, so maybe they could speak to that.

As to your question, I don't think there's any reason not to repeat what has been said before, just because it's been said before. Many of us do not have a background in theology or philosophy, so we may be hearing these arguments for the first time.

They did a whole episode on American policy in the Middle East, specifically with the issue of Israel and Palestine. They also gave props and a "shit list" shout out to Buddhism. I haven't heard any references to Paganism, but I think that's because nobody really takes a bunch of role-playing pagan revivalists seriously. Wicca, for instance, is so obviously a made-up religion, that it could have easily been created by Gary Gygax.

They also did a whole episode on Scientology and Mormonism.